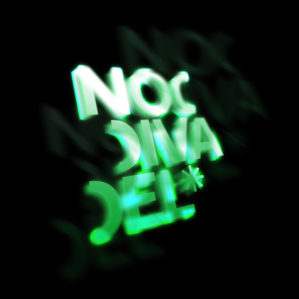 Theatre Night to focus on sustainability this year

The thematic focus had been chosen before the pandemic crisis, yet the performing arts have experienced the harsh impact of the preventive measures against SARS-CoV-2 and sustainability have acquired a new dimension than serious global problems, such as the climatic crisis, ecologically unsound behavior, or overproduction. The fact that these topics resonate in performing arts is demonstrated in the survey among Czech theatres, results of which are presented by the Arts and Theatre Institute, the event coordinator. More than 51% of approached companies stated that they have been actively trying to reduce the environmental impacts of their activities. The registration for theatres has been on since 1 September 2020 and requires no fee this year to allow participation of companies with existential problems in the state caused by the pandemic. The outputs of the survey and further information are available on www.nocdivadel.cz.

The results of the survey Theatre and Environmental Protection realized in spring this year have shown that the cultural sector – representatives of theatres and other subjects of performing arts – keep thinking about this topic. More than half of the respondents said that they actively realize the pressing ecological issues and try to mitigate the environmental impacts of their activities. The answers also say that these are random activities rather based on personal persuasion than a systematic approach. The ecologically friendly specific steps are mostly saving electric energy or waste separation. Most respondents try to apply “green procurement”. The theatres have made steps in more ecological transport and production of the sets and costumes. The methodologic help in processing the wording and results was provided by CI2, o. p. s. and the survey was then consulted with the working group consisting of the representatives of the ATI and Czech theatres and was established to discuss the topic of theatre and environment at the Theatre Night. The detailed report about the research can be found on www.idu.cz.

“When creating the survey, we were inspired by recommendations and manuals for sustainable operation of cultural and theatre subjects that are part of international organizations we work with at the ATI, such as Julie’s Bicycle or On the Move. The outputs of the research are presented in clearly arranged tables and graphs as well as specific measures the respondents have adopted to mitigate the impacts of their activities in operation, mobility, production, promotion, artistic programme, and communication with the public. We believe they can offer inspiration for other subjects in performing arts, not only for this year’s Theatre Night,” explains Martina Pecková Černá from the ATI that has coordinated the Theatre Night in the Czech Republic since 2013.

Apart from the Theatre Night as such, organizers have also prepared discussion webinars Green Thursdays, on which they will focus on ecological topics and examples of good practice in theatre operation, as well as the state-of-play in performing arts and the adaptation to survive in current critical conditions in social distancing. The options for economic operation and the way to handle the topic of the climatic crisis in cultural organizations will be discussed on the informal platform Culture for the Future initiated in autumn 2019.